How to give up sugar – from the world’s biggest sweet tooth!

Congratulations to getting to this page – I assume you have now heard of why sugar is one of the worst things you can eat? I won’t talk about this here, I may do a post on it later, what I would like to focus on instead is the more challenging bit – how to give up sugar…and stay off!!

From my personal experience, and I have given up sugar twice now, the two best ways to start the journey to a sugar-free lifestyle, you need one of 2 things:

When I first gave up sugar, it wasn’t really by choice, I didn’t even know how bad it was! My yoga teacher recommended a kinesiologist and I decided to give it a go. It was fascinating how he knew so much about me, but at the end of my second visit to him, he gave me an anti-candida diet (I had no idea what it was, turns out the acne I was fighting for over 10 years was not a “teenage phase”). In short, it consisted of giving up a LOT of things, I didn’t mind vinegar and soya much…but I couldn’t have ANYTHING sweet, including dates and honey!

Of course I freaked out, before this day I ate something sweet every day, often several times a day – giving up sugar was something that seemed impossible to me, and why would I put myself through this?! The catch was, to properly clean out my body, I had to stick to the diet AND take a bunch of herbal mixtures. If for some reason I came off the diet, it would mean the 250 euros I spent on herbs would just go to waste because Id have to go through the cleaning all over again.

Needless to say that was a pretty GOOD motivation to stick to the diet. Initially it was tough and I tried to find any possible way to “cheat”. First I looked at candies that said “sugar-free” on them – after a few days I realised they contained chemical sweeteners which are even worse for you, so I got into the habit of reading labels…a LOT! 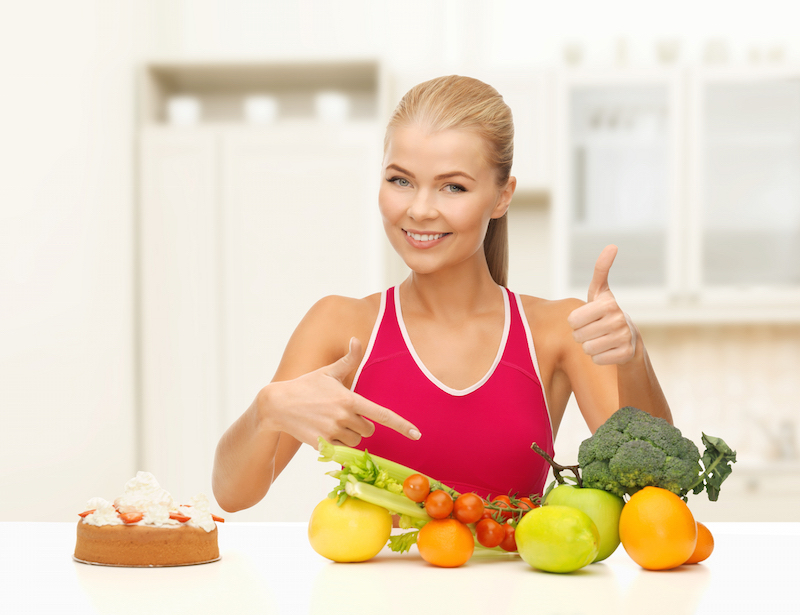 Its actually quite incredible how many things contain sugar, when I started noticing, I went into shock!! Things that you wouldn’t think about, like sauces, salad dressings, and even milk for God’s sake! I love the presentation Jamie Oliver did (right photo) where he poured a wheelbarrow of sugar on stage and said that’s how much an average child takes in through school MILK in the first five years of elementary school…

So anyway, then I started finding different kinds of natural sweeteners, such as agave syrup, stevia and coconut blossom sugar. Luckily I went to upstate New York that summer where all there things existed, so I brought back a nice collection with me to Spain. There I survived by picking massive amounts of blueberries and making jam out of them with either stevia or agave – it was delicious!! I began to realise…it IS possible to live without sugar, and I was doing it!

To conclude the first way: you need a good motivator, if you have strong will power, just set your intention and, say, for 2 weeks, don’t eat any refined sugar, but allow yourself some honey and dates, then you can phase those out too if you really need (personally I eat any kind of natural sweeteners now apart from refined sugars, as long as I continue to feel good, I’m not likely to give them up). You can also keep a food diary (yes it really does help, and not just to keep track of sugar but to notice patterns between certain foods and how you feel), or write post it notes all over the place reminding you not to eat sugar. But above all, you really need to love yourself enough to stop, you can talk to your body and tell it that you love it so much that you’re doing this, even though its hard, it will be amazing in the long run!

Second way of giving up sugar – change your routine 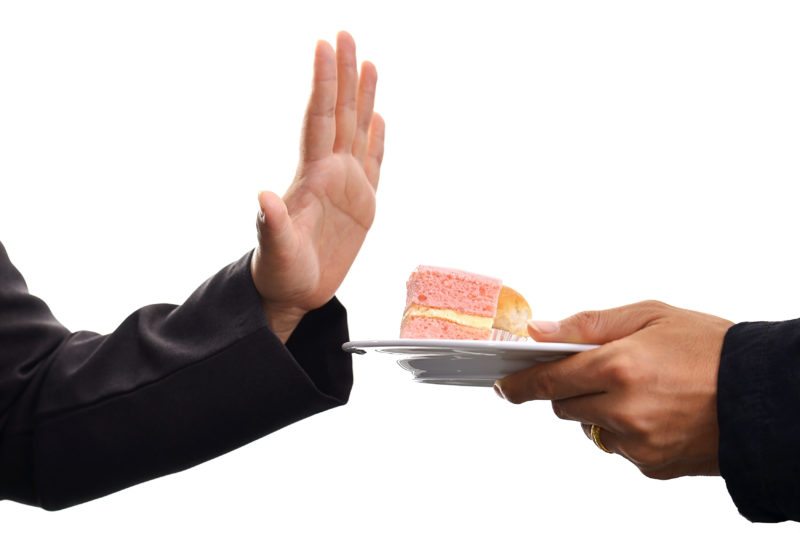 I told you I went off sugar twice – I was very good for over 6 months. So what happened? – a boy happened. I wont lie, this is something I’m sure many people will go through, but if you start going out with someone who still eats “normal” food, it will be a little tough. Of course you want to spend time together and, at the beginning especially, you hang out a lot around food places. Lunch and dinners are bearable (though you never know what they put in their sauces, so I would recommend going to places where you know the food is right for you) but for me, breakfast was impossible. I like to eat sweet things for breakfast too, so one day I just let myself have that croissant, he invited me to this cute French place for brekkie…how could I say no? Don’t make the same mistake…after that I was hooked again for 1.5 years.

For all this time, I tried giving up sugar, but it just wouldn’t work – I had no motivation. Then I discovered another way that works – you just need to change your daily routine for a week!

I went on holiday back home for a week, and I was determined to stay off the sugar for good – my family doesn’t really eat it either so with nothing sinful in the kitchen, it was easy! Plus because you’re not stuck in a schedule “breakfast > work > lunch > work > home > sleep” you get busy doing things and don’t think about food as much (especially if your grandma cooks for you!). My mum and I also spent the week experimenting lots with raw desserts, we made tons of raw chocolate (here’s a brand that I recommend, since I’m not selling mine these days), so to me it kind of felt like I was having sweets (it helps with the cravings), but at the same time I was going off the sugar without really forcing myself to. 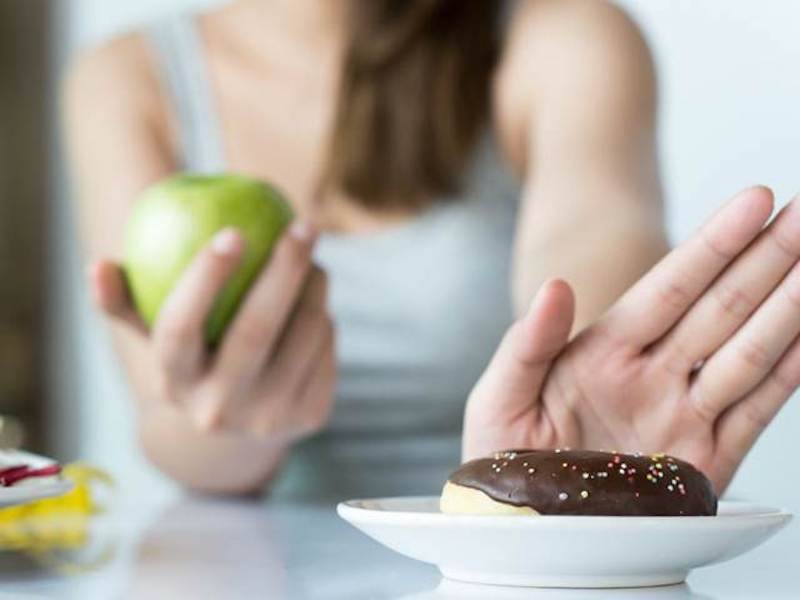 After a week, when I came back to London, there was a moment where I thought “ah I’ll just have one cookie” – but I’m glad I stopped it, by then I had lost the craving enough to be able to say no. Now I have been sugar-free for 2 months, and I don’t even want anything. When I was having a crappy day a few weeks ago, I was on my period and I just really wanted to put something “bad” in my body (I’m sure the girls reading this article will understand me) – I went to have a vegetarian lasagne instead of a chocolate cake and that satisfied me!

So to conclude the second way – yes it is important to have some sort of self-discipline, but it is easier if you change your routine. Going back home is easier than if you go on a proper holiday, but even then, if you can resist the airport temptations, you could try ordering watermelon juice by the pool than an ice cream. And it is actually really QUICK to get your body off sugar, it only takes a week or two – thats hardly any time at all! Just give it a go – what have you got to lose?

A note on sugar withdrawal symptoms:

Yes sugar is a drug, you may not think you’re addicted to it until you give it up. You will go through many of the symptoms told by drug addicts, from feeling guilty, hiding muffins and pretend like if no one sees you eating it then its ok (you’ll just give up tomorrow), major cravings, having mood swings (crash), some people even get shakes and irritability. You will get over it! – I promise. For me it takes between 1-2 weeks to stop craving sugar, after that its easy. However – if you eat just ONE sugary thing, you will have to go through the whole process again, its up to you if you think its worth it. I personally don’t think so, especially after I’d discovered raw desserts…omg they are INCREDIBLE!!