How I got through a “Spiritual Depression”

Some of you may have noticed that I haven’t been active on my blog or social media in a while. The reason for this are some major life transformations and realisations that put me into an actual depression for almost a year. This is not an easy post to share, probably the most vulnerable yet to date, but I’m hoping that it may help someone going through a similar experience.

Being the lively, sunny and optimistic person that I’ve always been, I honestly never thought this would happen to me. I was travelling the world for 5 years straight, I had my own business, I was on the spiritual path, lots of meditations and yoga, I was raw vegan, I had great friends, I went to tons of events and festivals all the time – my life was perfect. But then I began to feel it. I began to see through the spiritual bullshit. And then my life came crumbling down as I didn’t know how to live in the “real world”.

Has this ever happened to you? Have you ever felt like you had no idea what was real anymore? Have you ever began to question everything you’ve ever considered to be true in your life? I began to dig, and I dug so deep that I lost all meaning of life. I thought that spirituality would help me find myself, would help me lead a better, happier life. And it did for some time. But then somewhere along the way I got lost.

Instead of taking some teachings and incorporating them into my daily life, I got consumed by the spiritual community 100%. I thought, ate, dressed and behaved like “my tribe”. I thought that people who go to work and lead a “normal” life are asleep and that I was blessed to have found my way out of it so early in life. 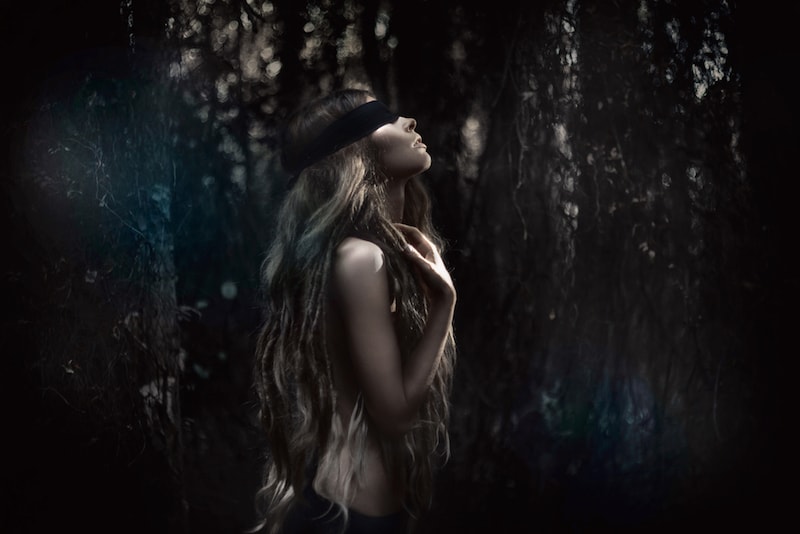 I’m not entirely sure when it “hit me”, but a few particular moments definitely played a part. First came the food. I was a hardcore raw vegan, I even wrote a book about it and still see the benefits of eating raw for certain periods of time, but a few years ago I began to eat cooked vegetarian food again. I put on some weight and received terrible judgement from spiritual people that were closest to me. What happened to everyone in this community being accepting and loving of everything? Does everyone just say that to sound spiritual, but hide their true feelings, their true identity underneath this mask of perfection?

My next moment was one of my experiences of “enlightenment”. I’ve always been against having a Master, I thought it was ridiculous to bow down and kiss the feet of some self-proclaimed Guru. And then someone dragged me to a silent retreat with Mooji. I figured, ok, this is probably the last thing on my list that I’ve yet to try, and since I love trying new things, I went along with it. 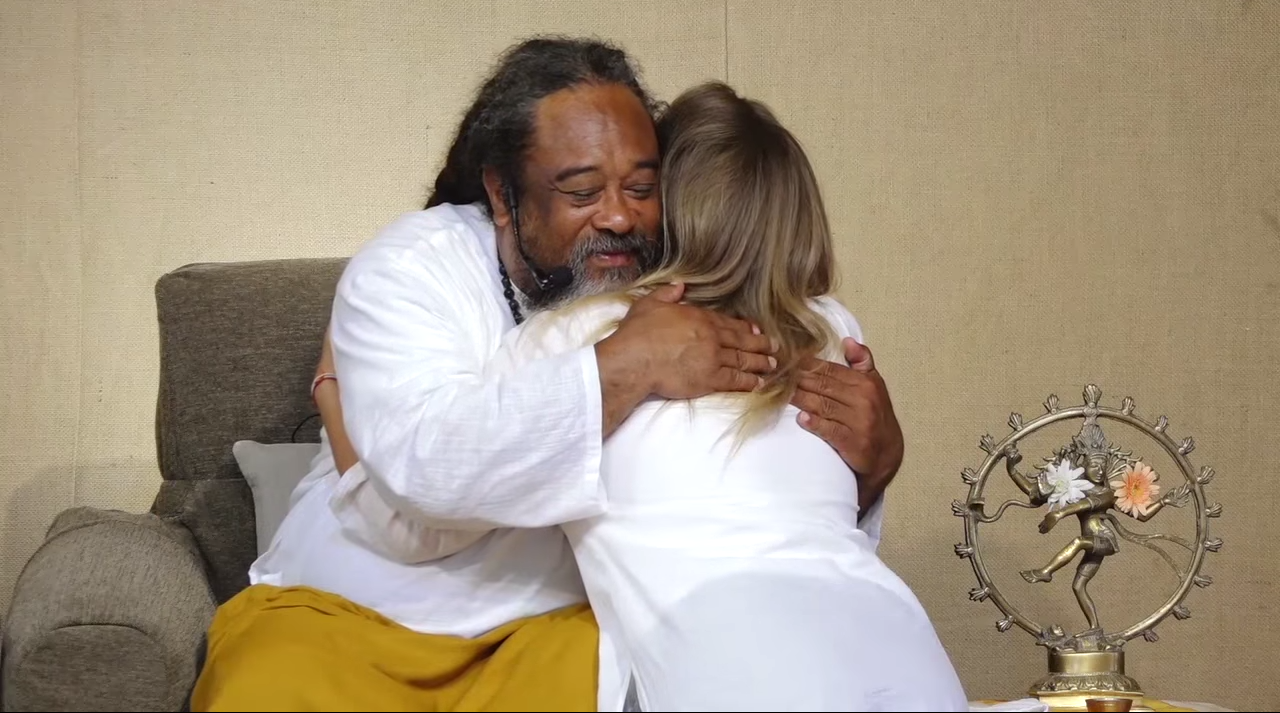 After a week of silence, I felt complete detachment from the world and everything in it. I thought I felt great, but in reality all I felt was nothing. Absolute lack of feelings and emotions. Everything was just neutral. I remember someone telling me when I was 16 that that was what we should all aim for, to not have those highs and lows, but to be completely neutral. I remember how crazy I thought he was and vowed to never be like that.

It felt kind of nice for a few days, but I had already planned to go to a Tantra festival 4 days later, and when I arrived there, I was shocked. I had zero sexual energy. Those of you who know me, know that sexual energy is my most vital resource and that having nothing there was like not being me. I hated it. I felt weird, I didn’t feel like me. Even though everyone around me was telling me that I was enlightened and that this is amazing to have reached this level, all I felt was sadness and a feeling that this just wasn’t right. This wasn’t what I wanted.

So I forced myself to feel again, I forced my energies and emotions to come back (that was an awkward week) and then I started to subconsciously wonder what the hell I had done to myself. 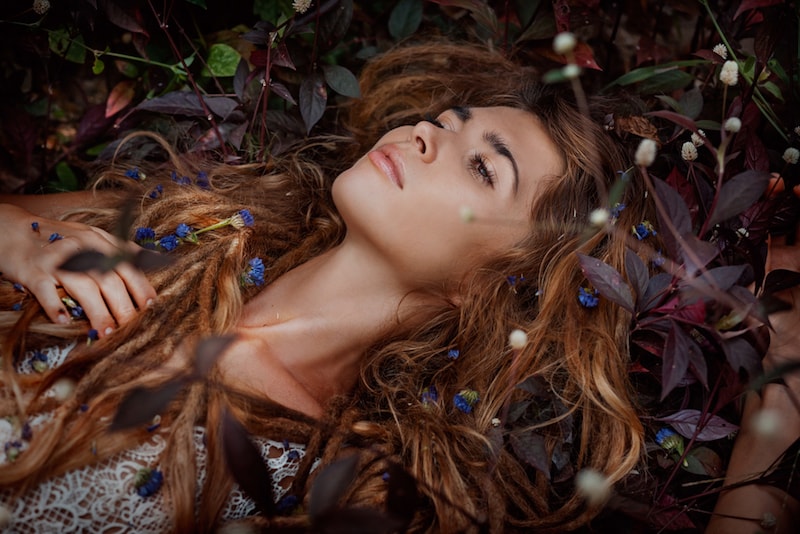 My third moment was the strongest one and one that I do not wish to share publicly, but all I will say is that it made me question the nature of reality itself. Over the last 13 years I’ve done and seen more than most people do in a lifetime. Many of these things are very hard to define or even believe for the average human being. From simple visions during meditations to physical experiences that I tried to find very hard logical reasons for.

I found myself lost in the spiritual bubble, going from one fad to another, thinking that it was my path to something amazing. In reality, I deluded myself and ran away from life. I ran away from responsibilities, from work, from stability. I realised after that most people who go on this mindful path have often had some kind of trauma in their life that made them seek out Higher help. I’m no exception to that.

Once I realised that I could no longer continue like this, I was still not sure what “this” was or what I should change it to, but I knew I had to take a step in another direction. So I moved to London, got a job, got a boyfriend and began taking therapy. The transition has been a very difficult one. I realised that the past 5 years, as amazingly fun as they were (and I wouldn’t change them for the world!), were just an escape from responsibility – a word that I’ve been scared of my entire life, without really realising it.

I found that I had no idea how to survive in the real world. I began my spiritual journey when I was just 16, and no one ever taught me how to work, how to love making money, how to deal with taxes and bills and how to be normal! I can also see how how many people I’ve lost along the way because of my lifestyle choices, and now I see this happening to others and it makes me sad. But that is their choice and not mine.

Now, don’t get me wrong, I fully respect and appreciate everything that I had learnt on my journey, and I will absolutely take some practices and techniques to help me with my day to day life, but what I realised was that I couldn’t LIVE in that bubble, it’s just not healthy! And my “loving and accepting” tribe is the most judgemental bunch of them all, because the moment you step out of it, you’re no longer part of it, you’ve “fallen”, which is a word that someone close to me likes to use a lot that I absolutely cannot stand!

I’ve always said that nothing in this life is permanent, and that goes for beliefs and ways of life too. It’s perfectly ok to change your mind or to try something new. My new favourite word is BALANCE! I’ve always been a person of extremes, that’s why I fully submerge myself into new ideas or beliefs, but that is also not healthy. I’m now working hard on finding a balance in everything in life – with food, with work and with spirituality.

Anyway, this post is getting quite long, but hey I have been away for a while. Having experienced a “spiritual depression” first hand, I know how hard it can be. So if you’re experiencing something similar, the best advice I can give you is – get yourself a great psychologist (not a spiritual “counsellor”, but a proper doctor) for they will really be able to help you get your mind in order. Spiritual practices really play on your mind, for many things need to be believed, imagined or visualised, which are not tangible, so you can easily lose your grip on reality.

And remember that no matter how difficult things get, remember Shania Twain’s song “Up” – “It can only go up from here”!

P.S. I realise that by sharing this I may well lose readers, and thats ok! I will continue blogging, but my style may change a little bit, for I will no longer write articles about breatharians and other woowoo stuff, but more about mindful balance, relationships and travel. So if you like the sound of that, stick around. I’m also posting a lot of guest posts lately, so there will be something there for everyone.