At some point during my late-teens, when everyone I knew went the opposite way, I decided that I will no longer say swear words. I’m not entirely sure what brought that on, maybe it’s because my mother never swore, and her boyfriend, who we were living with during my entire teenage-hood was a very well-manered Englishman, who’s extent of cursing didn’t go beyond “piss” and “bollocks” I considered myself a “good” girl then, and a “spiritual” person later on in life, and surely…”swearing isn’t spiritual”…right?

This is going to be more like a personal story, but I’m sure some people will resonate with the subject. But if not…then: 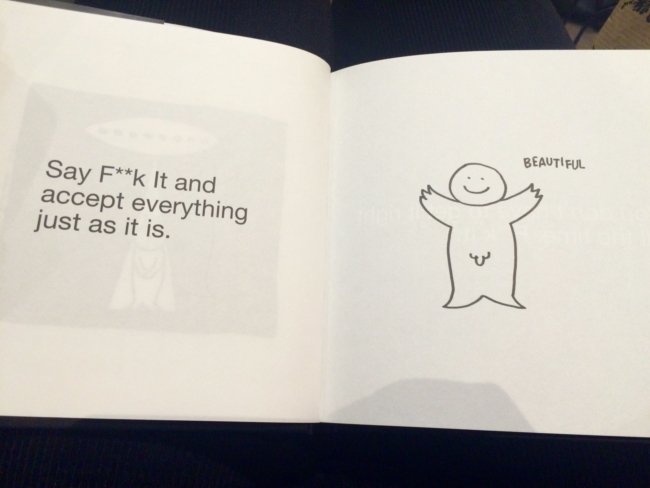 P.S: all the images here are from the F*ck It! book (quickly taken on my lap whilst reading it in a cafe in London), so all copyright goes to them. Really funny read by the way.

P.P.S: please don’t take this article too seriously, I’m not condoning excessive use of swearing or doing it inappropriately, like in front of children. They’re just words after all though, it’s the energy you give behind them that matter, not the words themselves. For me it was just a very specific mental block, so I just felt like sharing it, that’s all.

I couldn’t handle anyone swearing around me

Fast forward to age 23, when I got my first proper job in London. After 2 days in my new spot, I asked to change desks because my manager sat next to me and he swore all the time. And I mean that quite literally – every sentence was not a complete sentence without some cursing in it.

My body physically hurt listening to him speak, I just couldn’t handle it. I couldn’t concentrate and it just made me want to run away from that place.

That’s when I realised that something was weird about that, but I didn’t really do anything about it. Sure enough I was allowed to change seats, so I forgot about it after a while. 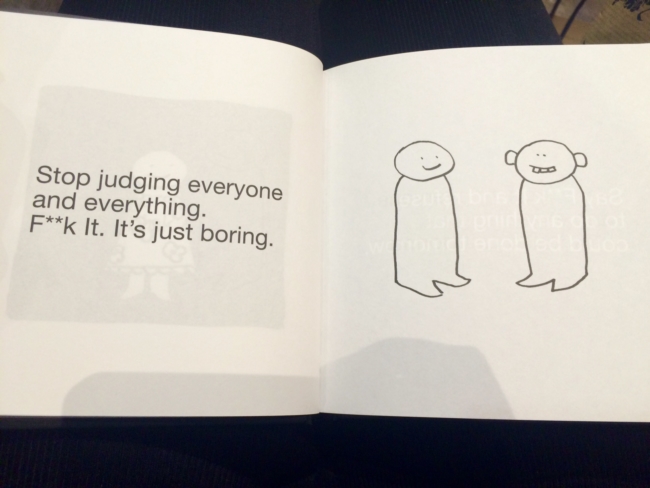 When things began to change

Fast forward again to age 26. I had just broken up with my boyfriend and he told me that I didn’t open up enough, I was not being vulnerable. I had no idea what that meant until I went to a tantra festival in Ibiza a month later.

There was a fantastic meditation there called the AUM meditation. If you ever get a chance to do it, I’d highly recommend it!! It consists of working through all of our different emotions, one by one in a group.

The first one was anger. We were told to first walk around and shout “no” at people. It felt really silly at first, but after a while, since it was a large group and everyone was doing it, it felt kind of good. Then we were asked to take it to the next level and shout anything we wanted at the people we passed by. We were encouraged to swear, scream and shout whatever was on our mind (of course we had to apologise to each other later and nothing was taken personally). 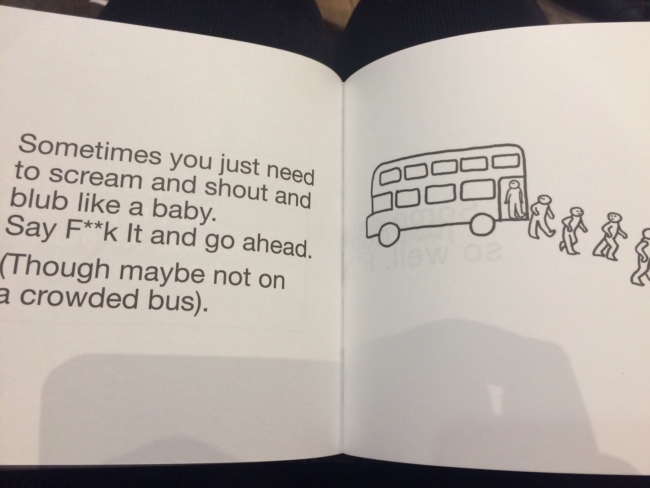 Letting it all out

At that moment, I happened to pass by a guy who looked just like my ex boyfriend and what came out of me surprised the both of us. It turns out that I was holding in loads of rage and I just wasn’t letting it out properly. By keeping it in, I was hurting myself from the inside as it wasn’t letting me move on. I always knew I had this problem of bottling things up, but I never knew just how to release it, and the answer was so simple – I just had to allow myself to fully express my emotions!

By not letting myself swear, I was blocking a flow of energy within me that was causing me a lot of pain, without me being mentally aware of it, but now looking back at it, I can see it so clearly! Man, I was so judgemental back then too..! 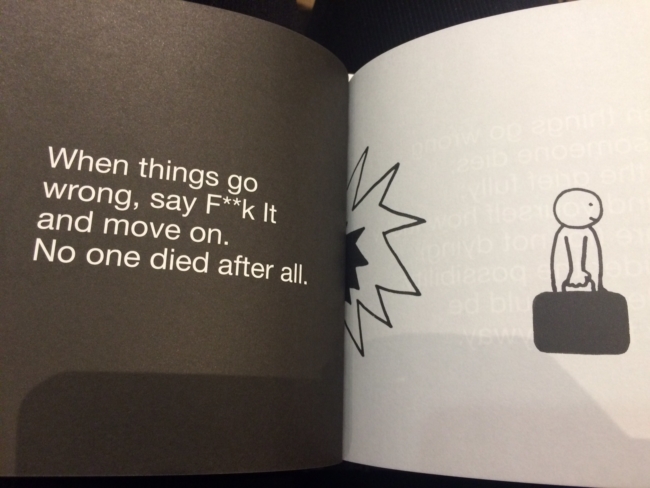 I’ve met a few people like the old-me, who think that cursing is not for “good” or “spiritual” people, but then I also met some very “spiritual” people who are all for swearing as a form of being authentic and allowing yourself to express your emotions as they arise.

I’m not saying you should be like my old manager and swear all the time for no reason, but I definitely think there is a time and place for releasing negative energy, in whatever form feels right, that inevitably builds up from our day to day lives. There’s nothing wrong with it, in fact, I think it’s healing for you, emotionally and physically. For me it certainly was.

I feel much more free since I no longer shudder at the sound of a “bad” word and now I am able to get through angry phases much more quickly. Being spiritual isn’t about being perfect, loving everything and pooping rainbows all the time, being spiritual means you allow yourself to feel whatever comes up and accept yourself for who you are. 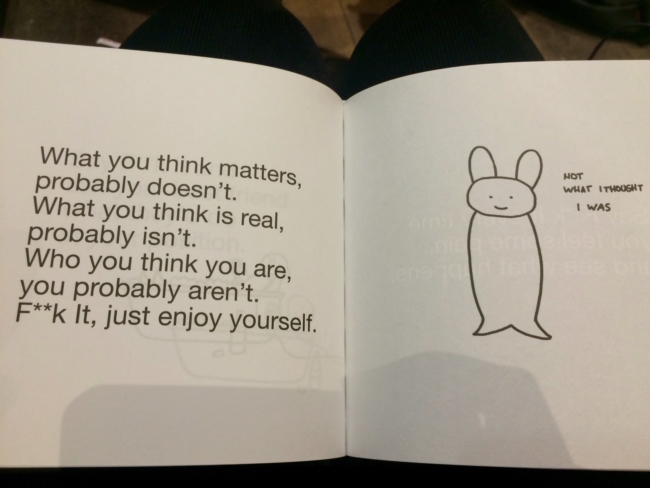 But one thing I will say is, if you hurt someone with your words, do apologise. Use it as a way to release your anger and let things go, but not to cause pain to others. If you need to shout at someone, it may sound silly, but ask if it’s ok to let it out first. I’ve been lucky enough to have friends who are totally understanding and let me vent if I need to, but I always ask and apologise for it later so there are no hard feelings.

So do I walk around swearing all the time now? Not at all, but it was certainly a liberating process for me and I hope that my story may help someone else out there don’t take it too seriously, life is just a fun game after all.

Oh, and here’s your homework for today: 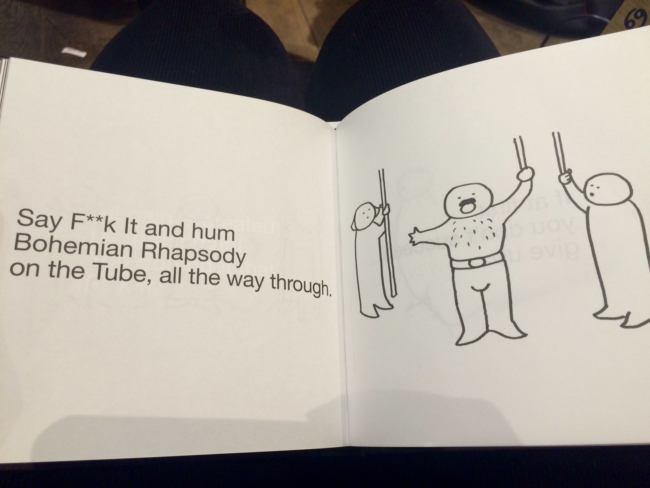