Food etiquette from around the world

Do you know how to keep your elbows at a Russian dinner? How about what to do should you come across a packet of tissues in a Singaporean food court? All over the world, travellers fall foul of the quirks and customs of their host countries. Here are some useful guides on travel etiquette across the globe. 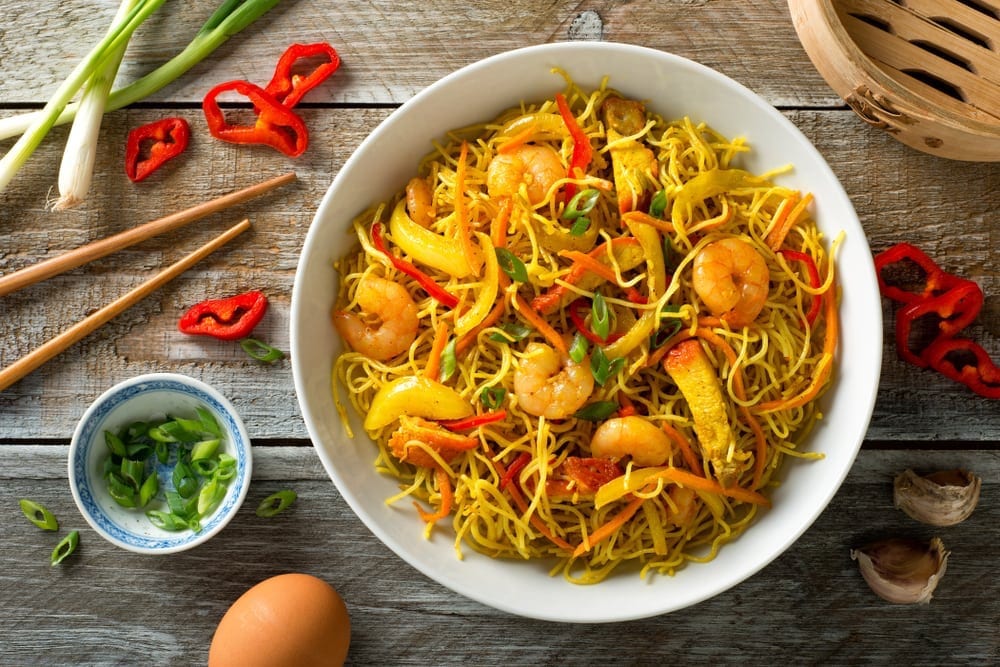 To chope. This may not be a verb you’re very familiar with but if you’re visiting the Lion City, you’d better get to know it. In short, choping is the act of reserving your table or seat with a single tissue or packet of tissues. This usually happens in the food courts, known as hawker centres, across the island and is an old and well-respected custom.

It usually means the person sitting there has got up to get some food or refresh their drink and to remove the tissues is a cultural no-no. Doing so will probably result in a scolding from one of the “aunties” or “uncles” who patrol the hawker centres removing trays and cleaning the tables.

One thing that I found very different to other countries is that in some bars they still let you throw peanut shells on the floor, which is a tradition dating back to the colonial days. I was 16 when I first went to Singapore and thought that was pretty fun, one of the famous spots is at Long Bar in Raffles hotel. Also, if you you drink alcohol, make sure to try a Singapore Sling, they’re tasty!

Veg-friendly? Not really, most meals will have meat or fish. You can ask them to prepare traditional meals without meat, but I’ve often found that they just fork the meat out.

This fascinating country has several factors to consider when it comes to eating out so make sure you’re clued in.  Always wash your hands before you start a meal and wait for the elder members of your group to be seated before you tuck in.

Often food is served in one go, with no concept of courses so be prepared for lots of food arriving on your table at once. Meals are often shared between everyone at the table and Indians are very welcoming and will always offer you more food.

If eating with your hands, as is traditional, use your right hand only as the left one is reserved for touching parts of your body that shouldn’t be mixed with food. I did ask about this to my local friends and most of them said they’re not too fussed about it, but I wouldn’t eat with my left hand in front of the older generations. Also, always finish up what’s on your plate otherwise you might offend the host.

When I lived in India, everyone offered me food wherever I went, whether I knew them or not. It was also fairly common to eat on the floor off a newspaper, so don’t be surprised and don’t forget to take your shoes off.

Veg-friendly? India is definitely one of the easiest countries to be vegetarian at… but definitely not raw vegan or even cooked vegan. I gave up being raw in India because after living for 4 days off of cucumbers and bananas, I couldn’t take it anymore! 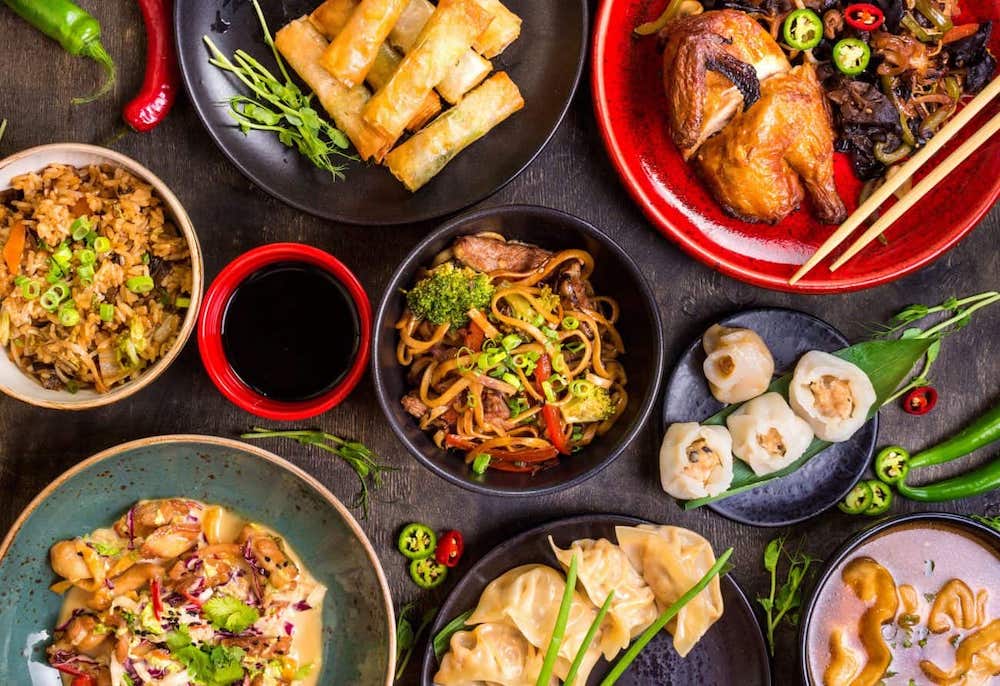 If you’re eating out, make sure you’re dressed for the occasion. The Chinese frown upon scruffy diners, they take their food and social eating seriously, so should you.

Don’t be surprised if, eating with a Chinese host, you don’t get to say what you want to eat. The host is generally in charge of ordering for everyone. You may also find yourself being served with very curious foods, I remember once going to a Peking duck restaurant (back when I still ate meat) and at the table they had every bit of the duck you could imagine, from tongues to feet.

Tips aren’t generally part of Chinese custom so expect to pay the full amount and no more.

If you’re expecting Chinese food to taste like it does in Europe, then you’re in for a treat, it’s SO much better! There is a huge variety of food and I’d definitely recommend asking a local to take you around to show you where to eat.

Veg-friendly? Hmm… yes and no. There are many side dishes that are vegetarian, but the vast majority of food will contain meat.

The golden rule here is, don’t even think about asking for a spoon to eat your pasta. Use the fork to wind it around at the side of the plate and eat it that way.

Tipping is fine in Italy and, like a lot of European cities, it is usually customary to give around 10% of the total bill, though more is fine if you’ve experienced exceptional service.

Veg-friendly? No, there will be a few options but in general it doesn’t have a wide variety of vegetarian food. 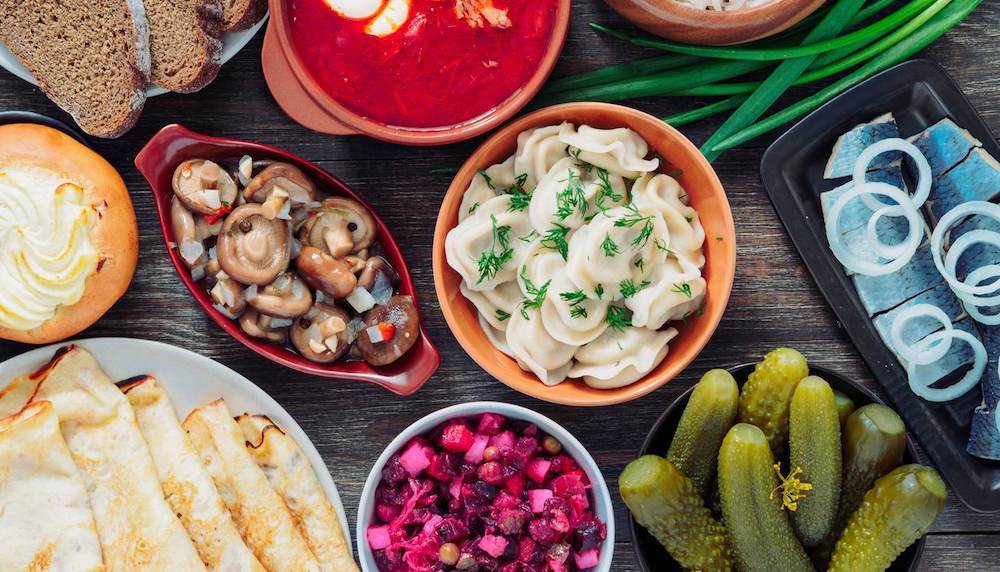 If you ever get invited to eat in a Russian family, one thing you’ll notice right away is the excessive amounts of food that will be on the table. The host will typically prepare much more than any human can physically eat, in order to (traditionally) show abundance and to encourage guests to eat as much as they like. And yes, they will constantly offer you more and more food…

In general, the etiquette is very similar to other European countries, but slurping and elbows on the table are especially frowned upon.

It is also customary to bring your host something for their hospitality, usually a box of sweets, some flowers or a bottle of alcohol is enough. You will also notice that Russians like to toast a lot at the table, to wish everyone there a happy life and to say something nice about them. As a foreign invitee you will not be expected to toast, but much appreciated.

Veg-friendly? Definitely not, apart from March-April during the 40-day lent, in which case every restaurant will have a special lent menu. If you’re raw vegan, then come in the summer, there are not many fresh fruit and vegetables available in the winter and most things will be in jars.

Across the world, food rules change from country to country, it’s always a worthwhile investment of your time to do a little research in advance and figure out how to make sure you avoid making any glaring errors.

When you want to eat like the locals, it’s good to act like the locals so don’t be offended by a lack of tip or the differences in culture, celebrate what makes every place unique for a culinary experience you won’t forget!